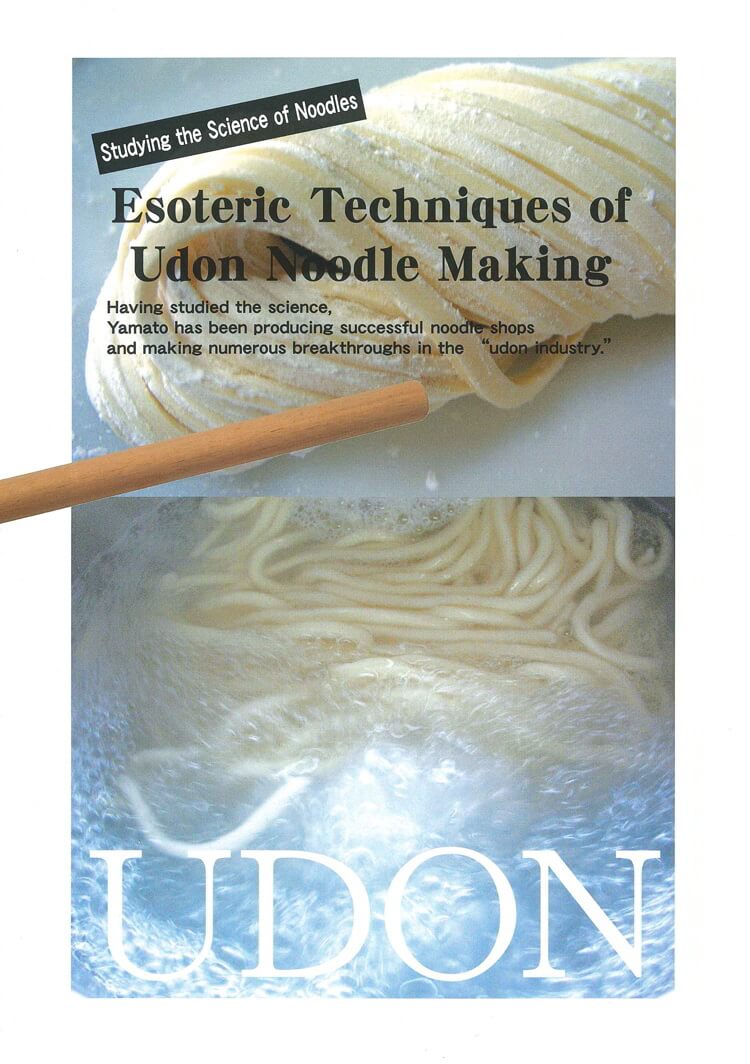 This book contains knowledge of raw materials of udon noodle, processes and know-hows of hand making and machine making of udon noodle, amassed over the years of research and practices. It is a perfect book for you who aims for a master to serve delicious udon noodles.

History of Udon in Japan

According to “Ryono Gige” (practical guide of ordinances put together in the 8th century) and “Wamyo-rui Jusho” (dictionary compiled during Heian period), kona, the Chinese character meaning flour, referred to ground up grains of rice and men, the character currently used for noodles, referred to pulverized wheat berries. In ancient times, men originally referred to the primary ingredient wheat. However, it eventually became the generic term for long strips of the dough made from wheat. Although there are various theories, togashi (to= Tang Dynasty, gashi= sweets) imported by a Japanese envoy to China during the Tang Dynasty, such as sakubeim houtou and wonton. The name is generally thought to have evolved from wonton, which changed to undon and eventually became Udon.

Although the ingredients had changed depending on the era, the noodles were all hand-pulled at that time. Sakubei evolved into sakumen and finally became somen and udon. The kneaded dough was cut in to strands and then stretched over two sticks to wrap them in a twisting motion. Houtou was made by boiling the dough after it had been rolled out and cut into squares or formed into thumb-nail sized balls and then flattened. The hand-pulling method used in making sakubei and the techniques of flattening the dough by hand or the method of cutting rolled out dough to make houtou now provides the basis of udon making.