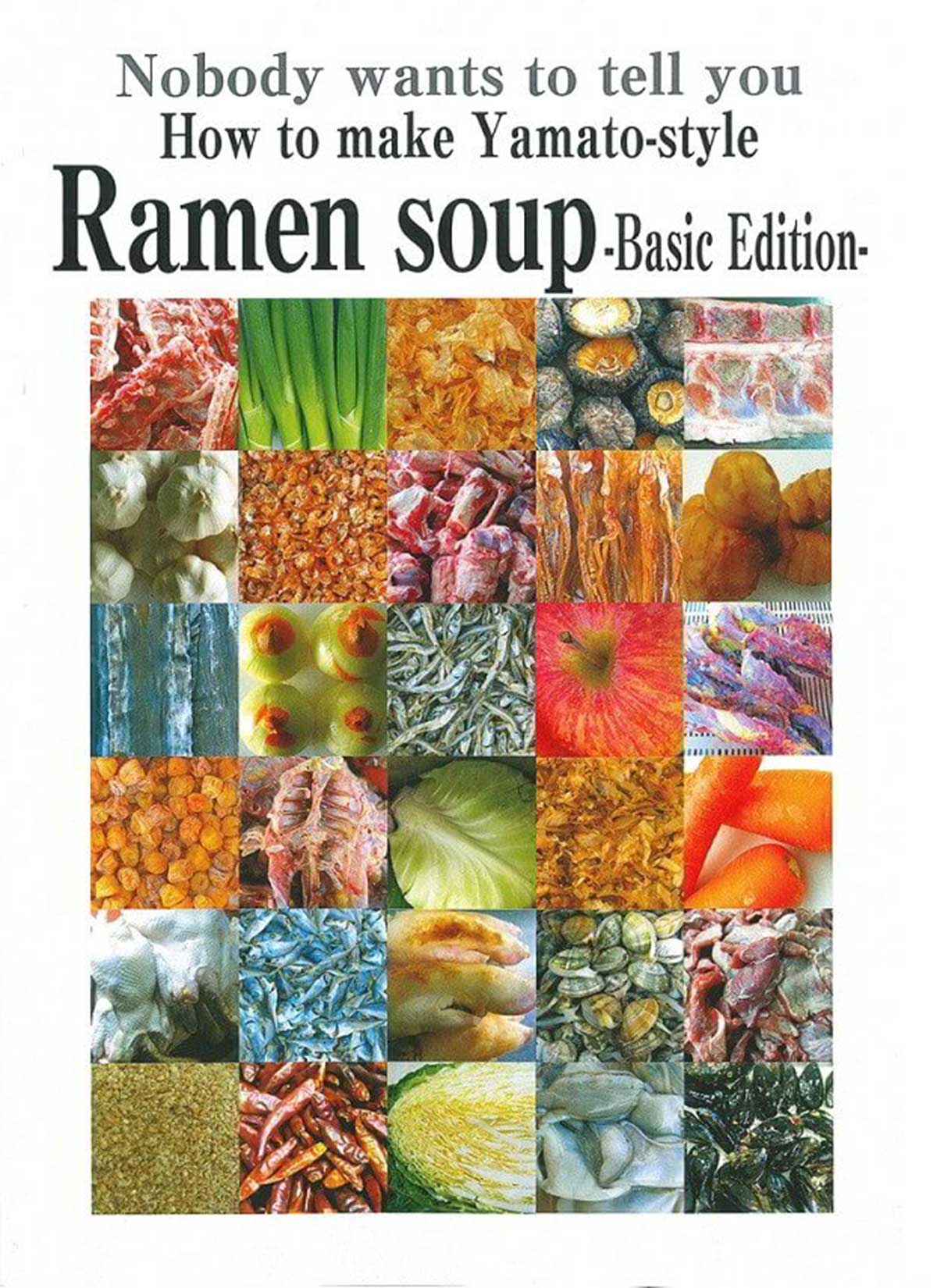 The secrets of noodle soup production nobody else would share with you…
This is the book that broke the taboo of the industry, teaching ramen soup. This book discloses the inside out of unspoken, secret methodologies, knowledge, techniques, and processes of ramen soup.

The basics of making the delicious soup are not only choosing good ingredients, but also caring about aroma, umami and the oil.
It is said that people who love Ramen can know if the Ramen restaurant serves good Ramen or not, just by walking past the restaurants and smelling the Ramen they serve. In short, restaurants using good ingredients for the soup have a beautiful aroma rising from the soup which attracts the curiosity of customers. Aroma is an important element to stimulate one’s appetite. Professor Shinya Fuke from the biology department of Tokyo Gakugei University, explains that the secret of the umami flavor of Ramen lies in the oil. According to Fuke, Ramen is characterized by the oil “floating” on the soup, and immersing the noodles in this oil makes the noddles taste even better.
Much oil arises from the chicken bones and pork bones which are the base of Ramen soup and most restaurants add another oil – which would represent their speciality – into the bowl before pouring the soup in. Two types of Ramen were made as a trial, one was “Ramen without oil” in which oil floating on the soup in stockpot was removed as much as possible and the noodles were not immersed in the oil, and the other one was “Ramen with oil” which was cooked normally by using the same soup as the soup before. Both Ramen were covered with lids, so they could not be recognized by the looks and only the noodles were eaten and compared by some people. As a result, everyone judged that the Ramen “with oil” was more delicious.
As both Ramen “without oil” and “with oil” were made with exactly the same soup, it was understood that there was no difference in the amount of the Umami content as a result of the analysis. Still, everyone found the “Ramen with oil” more delicious. Professor Fuke says that the oil has a function of stimulating the cells of the tasting buds which are responsible for sensing the taste, and therefore, the oil makes the Umami of the ramen taste stronger.
Furthermomre, the oil, an important source of energy for maintaining life, stimulates not only the tongue but also the brain. There is a sensor at the base of the tongue that feel the oil, and once it senses it, the brain gets stimulated with recognition that “energy has been acquired”. Then the intracerebral, narcotic-like substance “beta-endorphine”, gets secreted which brings pleasurable sensation. In short, with oil, we sense strong Umami and with the pleasure sensation triggered by oil, our brain thinks it’s delicious. Therefore, Ramen withou oil as described previously weakened the sense of deliciousness.
Ramen with oil, which is enjoyed by immersing the noodles in the oil floating on the surface of the soup, stimulates the tongue and the brain, and thus makes it taste strong and more delicious. 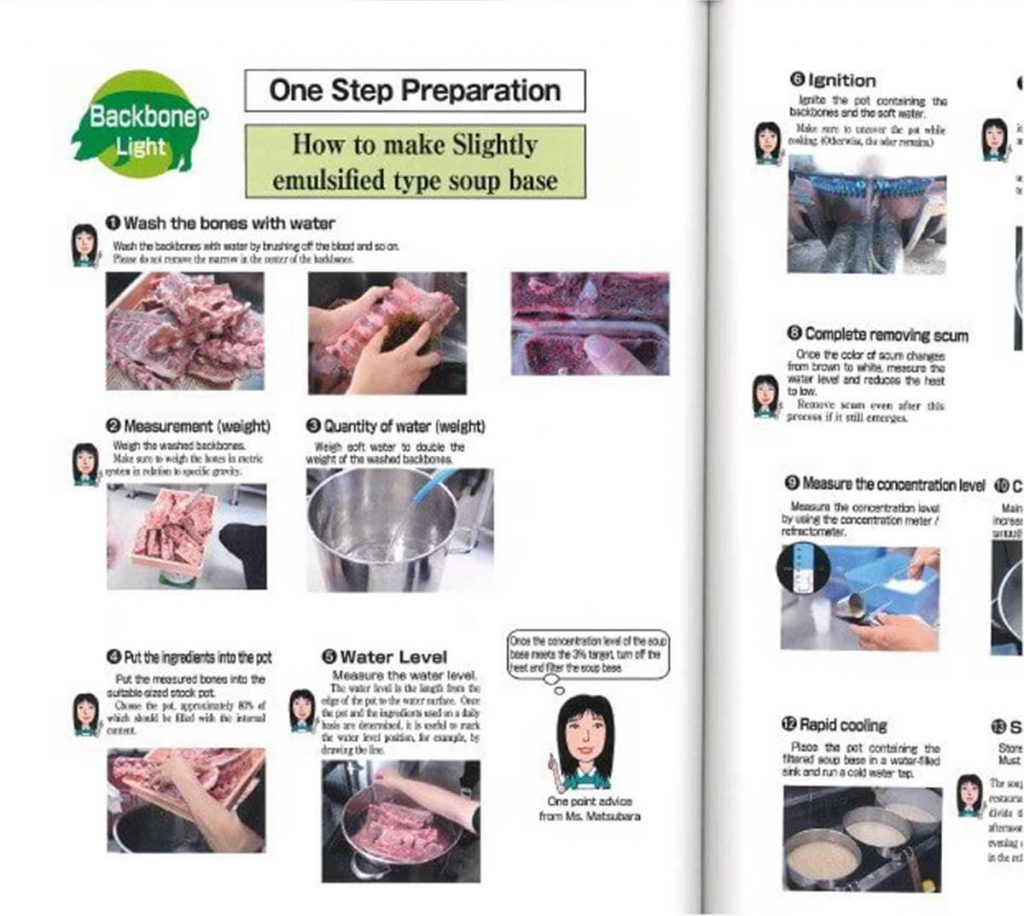